My name is Sari van Poelje I’m the CEO of Intact Academy. We give training programs for coaches and consultants all over the world, from beginning coach to team coach to organizational consultants. My other business is Team Agility. I am an Agile Business Innovation Designer: I help companies innovate their business more quickly than their products.

One of the tools we use is Transactional Analysis. In the last video we talked about rackets and racketeering, how people confuse authentic feelings with racket feelings and how that might distort their reality. Today we’re going to talk about discounting, which is another way in which we distort reality. Discounting is when you’re faced with a problem and you ignore any information that could help you solve it.

For example, you’re having an argument with your partner. You say, “You should be the one to do the dishes.” You realise you’ve had this argument repeatedly, and you could buy a dishwasher and resolve the problem, but somehow that’s lost in the heat of the conversation. I guess you know that kind of conversation? This can be a light version of discounting, but it can get quite serious when in stress, people forget to take into account all the facets of problem solving and the information that is at hand.

One way you can recognize that people are discounting is through their “passive behaviour”. This was discovered by Jacqui Schiff, one of Berne’s students, who developed Cathexis therapy [1]. Her idea was that when people are stuck in their story, when they discount, they show passive behaviour. There are four kinds of passive behaviour:

All of us do it, and we have specific ways of doing it. It might be interesting for you to figure out how you agitate. The agitation can come in many forms. In poker we would call this a tell.

Another way people don’t solve their problems or don’t take into account all of the information and use their Adult ego state is through grandiosity.

The moment you hear someone say, “Oh, you always have to bring this up when we’re eating. You never take into account that I don’t have space to talk about this.” – you know they’re using grandiosity to discount. Always or never are over-generalizations.

The moment people start to discount you have to be very careful that you don’t enter into rackets and games, because any game or racket starts with a discount. 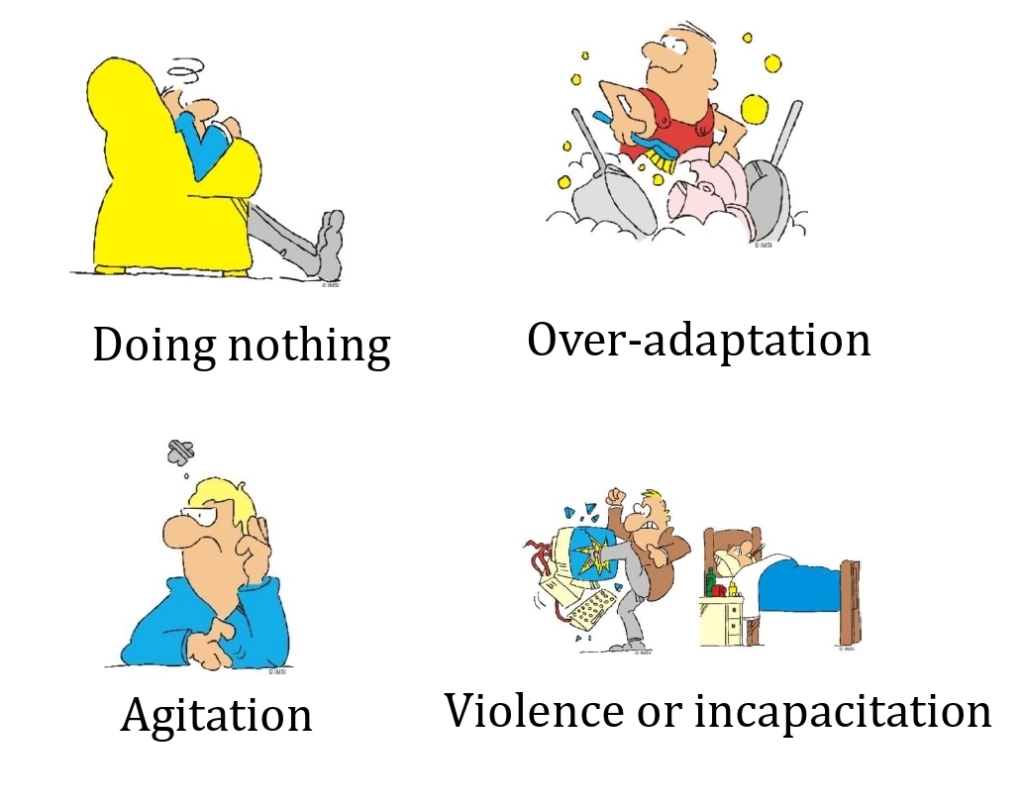